The start of the season is a frantic and exciting time for IEL, and now that the first two weeks are nearly over, the league tables are beginning to take shape. Today I’ll be taking a look at which teams headed up last season’s tables at this time, and comparing them with the teams who are unbeaten so far this season.

In IEL Season 6, four Master teams achieved a 4-0 record after 2 weeks – Bad Karma Esports, Eidolon Esports, Elated Esports and RL Ireland. Bad Karma and Eidolon finished 1st in their respective conferences, and Elated also enjoyed a very strong season, ending up in 3rd place. However RLI dropped off somewhat from their blistering start, and ended up losing more series than they won in the remainder of the season. They just about snuck into playoffs with a 9-7 record, and nobody expected them to do well as they were the team with the worst record out of all who made it in. Against all the odds, they managed to make it to the grand final and win it all, realising the form they had seemingly lost from the start of the season.

In the Challenger league, three teams managed to stay unbeaten after Week 2. Bad Karma showed that they were an incredibly strong franchise by achieving this in the master and challenger leagues. Their challenger team finished 11-5, and placed 7-8th in playoffs. Among the other strongest starters were the eventual top two teams in the Delta Conference, Dormant Esports and Hyve Central. Dormant came so close to an unbeaten League Play, losing their final game of the season in a game 5 to go 15-1. They made up for this with a straight winning run in playoffs to take home the trophy. The team that beat them in league play was actually Hyve, who after their impressive 14-2 finish, flopped in playoffs and were eliminated in round 1.

In Prospect, Clairvoyant enjoyed a strong 4-0 start to the season, and would end up with an 11-5 record in League Play. They somewhat failed to live up to this in playoffs however, as after they won their first match they lost 2 in a row to go crashing out. Whilst no other team quite managed to go unbeaten after 2 weeks, a special mention has to go to Shadow Esports, who after finding themselves 3-0 went on a spectacular 11-series losing streak, and only picked up one additional win all season. No team that went 4-0 last season failed to make playoffs, but Shadow had a similarly strong start and crashed down extremely hard.

So what does this mean for this season? Well at time of writing, 6 Master teams, 6 Challenger teams and 8 Prospect teams are capable of ending Week 2 unbeaten. 6 teams have managed it already, including Dormant Challenger, who came so close to a full unbeaten season last time around – will they be able to go one better in season 7? A surprise name among those teams who still have not lost a series is Tofu and Sons challenger, who were the lowest-placed team in their league last season, and this season have one of the lowest DSN rosters. The franchise seems to have turned around, and they just need one more win for a perfect start in the Delta conference.

As we have established, going 4-0 is a fantastic sign for your season, as it is very unlikely that a team achieves this and fails to make playoffs. All eyes will be on the teams trying to do it, and it will, as always, be fascinating to see how the rest of the season pans out. 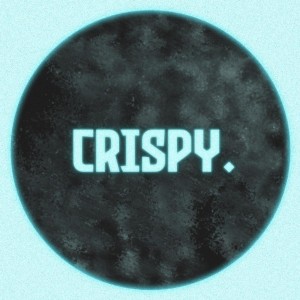 IEL is a tournament organisation that thrives in providing competitive leagues for ALL players and skill levels above diamond 1 within the EU region. After being established in July 2018, we have seen over 2000 members join us and continue to provide a competitive and fun environment for dedicated players.